what to borrow from the boys

Raiding your guy's side of the bathroom is daring but it's hot.  In fact it's down right sexy.  But how often do we actually do it?  It's good to shake things up every once in a while and I think you will find that men actually have something to covet; something that would translate marvelously when you make it your own.  Throughout the ages androgyny has been alluring.  Think Joan Of Arc, George Sand, Tilda Swinton.  Now it is your turn; try a little something from my list below, I think you will find it not only practical but enlightening as well.


FRAGRANCE:  There are so many fabulous unisex fragrances out there that veer on the masculine side that it is hardly a leap to try an out and out men's cologne.  Just for fun, I dare you to go sniffing at Macy's Men's or Sephora Men's fragrance wall, I bet you will find something to love.  A few of mine that are divine, and not too harsh at all, are:

CREED Tabarome Millesime is the height of luxury and "old money", coming from an English perfume house that dates back to 1760.  It is tobacco and musk freshened up with bergamot, mandarin, and ginger.  This has a powerful presence, one squirt will do ya, but what makes it more palatable for women to wear are the middle notes of Jasmine and sandalwood.  Many women prefer a woody fragrance such as this.  Next time you are in Nordstrom or Neiman's take a sniff.

I've always liked Jean Paul Gaultier Fleur Du Male although it is harder to find these days.  It is quite orange-blossomy which is unusual in a men's cologne and it is even a touch powdery.  Still, it is not feminine but really more androgynous, maybe like what a really sexy gay guy would wear.   I think it is the most dynamic of all the Gaultier colognes and a great inexpensive way to get your toe wet in the world of men's fragrance.

There is also the designer fragrance line Comme Des Garcons which sounds like it is very much just for men but in fact their perfumes are considered unisex.  That said they are unisex with masculine leanings, and practically everything they create is fantastic.  They do some terrific incense fragrances but as far as their more cologne-like stuff goes a personal fave is Blue Cedrat. 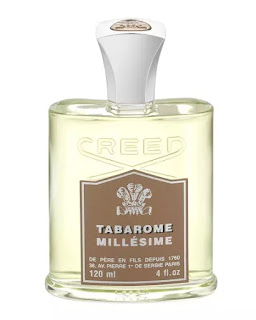 SHAVING:  There are far more shaving products on the market aimed at men instead of women, which is crazy because we have a lot more to shave!  But men have all that fancy shaving equipment and lovely after shave balms.  Even pre-shave oils.  So I say we take a page from their book.  In fact I have.  I like to use a badger hair saving brush to prep my body parts with.

A pure badger hair shaving brush will give you a smoother shave.  This is because it slightly exfoliates, creates a fantastic sensual lather, and even lifts your stubby little bristles so that the razor can get deeper in there for a more efficient shave.  Brushes can get extremely expensive but unless you are a true shaving aficionado there is no need to spend more than $30 on a perfectly serviceable one.

For those of us women who are prone to ingrown hairs the Bump Fighter Razor (available at most drug stores) is a great solution.  The Bump Fighter was originally designed for African American men who have easily irritated skin, but it has become a cult favorite with men, and even now some women, of all races.  It's something about the angle of their blade that helps give a smoother shave and prevents ingrown hairs.

Proraso Shaving Cream is marketed for men because it originated as a brand that provided for barbers in Italy.  However I know quite a few female beauty bloggers who particularly like their sensitive skin formula.  This shave cream is rich and creamy, smells slightly citrusy, and is produced in small batches.  It's niche, and a not too terribly expensive way to treat yourself to a sensational shave. 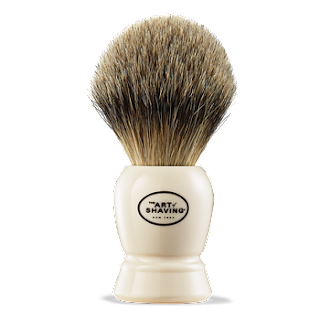 ANTI-PERSPIRANT/DEODORANT:  Admittedly many men's deodorants smell waaaay too testosteroney.  Buy if you are a woman who sweats at the drop of a hat you may wish for something as strong as what they make for men.  Fortunately there are a few palatable options out there.

Old Spice Wild Collection Anti-Perspirant & Deodorant keeps me dryer than anything else I have ever tried.  It is supposedly for men but who cares, it's what works, and I do like the smell.  I use the Hawkridge scent because it is the most mild smelling in the collection, but actually the Wolfthorn scent is the most popular one with men and women alike.  I would say none of their 5 fragrances are over-the-top "He Man".  These also come in a strictly deodorant formula.

Anthony Alcohol Free Deodorant doesn't smell as good as the Old Spice in my book because it is more citrusy-astrigent, whereas the Old Spice smell kinda unisex cool.  However this one is desirable because it doesn't have aluminum in it.  Also it is pricey but you will get your money's worth.  Many people complain that deodorants aren't as effective as anti-perspirants, and the Anthony one is no exception except that, but it works better than most.  Bottom line, when it comes to stinking up the joint you don't want to mess around - I would go for the Anthony. 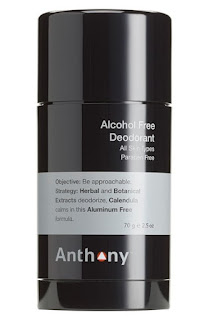 What have you ever borrowed from the men's department?